Let’s make unforgettable moments by visiting the most famous landmarks in the land of the miracles; just in 3 days you will be able to cover the most of Cairo city attractions such as Giza Pyramids Complex, Dahshur area, the mysterious Memphis city Plus the house of monuments and artifacts the Egyptian Museum and Salah Eldin Citadel. 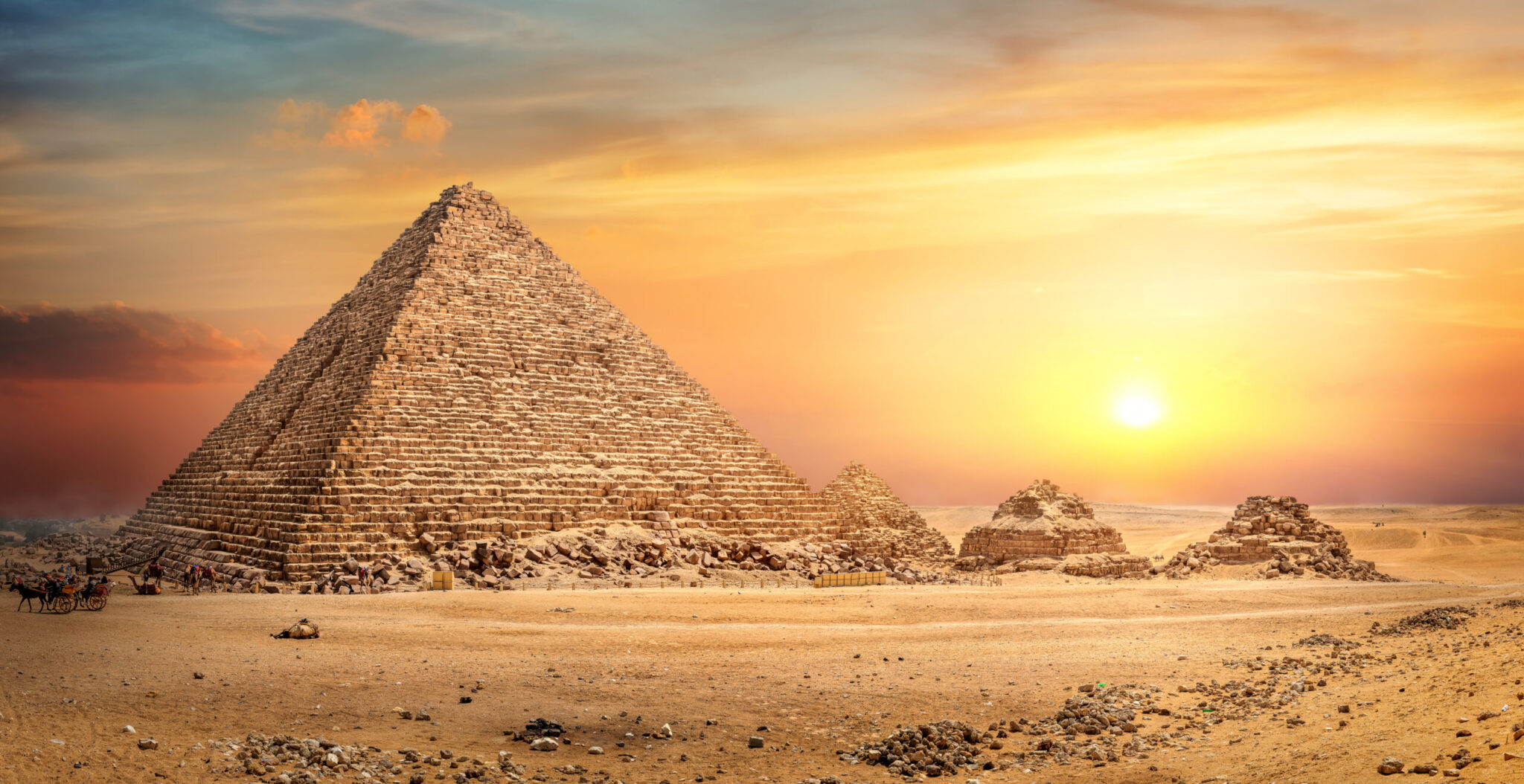 Once you arrive Cairo international airport you will have great assistance and help by our delegated representative who will take care of entry procedures, formalities and luggage identification and carry, also your tour guide will be waiting you out side with air conditioned vehicle  to begin the adventure by visiting:

The Three Pyramids of Giza, it’s the signature of 4th dynasty kings where they created their tombs inside the remarkable three pyramids, this priceless heritage was dedicated to Cheops, Khafre and Mynkerius, the kings of the fourth dynasty.

The great Pyramid is the most Remarkable Pyramid in the Giza Pyramids Plateau due to its huge size and regarding to its size it was categorized as the tallest architecture over the world.

The great sphinx is the symbol of strength and loyalty for Giza Pyramids Complex; there are many tales and stories about this amazing statue but the real story still secret till now!  Many questions without answer like who built it? And for What Purpose, why in this shape? Lion’s body and human’s head, this mythical creature is a statue should be visited.

The Valley Temple was dedicated to the one of the 4th dynasty kings; King Khafre created it as mortuary Place for the mummification Process,  After that you are going to have your lunch in reputable restaurant before check- in 5* hotel.

Have your breakfast at hotel then join to your tour guide to start your second day in your amazing adventure by visiting;

The first capital of ancient Egypt; also it is called Manf or Mn nfr. It was established by the king Mina Narmar in 3200 BC, the city was the capital in the Period between (3 – 6 Dynasties) and also it was the era of god Ptah Worship.

Pyramid of Djoser, it was the first Egyptian Pyramid consisting of 6 terraces built on top of each other’s, the height of the pyramid is 62 m and it was covered by Polished white Limestone, Saqqara step pyramid was listed as the oldest pyramid over the history.

Take your tasty lunch at reputable restaurant then move to visit:

The Leaning Senefru Pyramid, the construction of this wonderful pyramid took about 14 years and it was called as leaning pyramid because the engineers of Senefru started the building of the pyramid at an angle of 58 degree but when they reached to half of its height they decided to complete the upper part at 43 degree, this unique technique enabled Senefru to build another pyramid with completely different style called the red pyramid.

We will transfer you back to your hotel for the overnight.

Wake Up! Have your breakfast at hotel and get ready to start your day by joining your tour guide to go ahead to the middle of Cairo to Explore:

The Egyptian museum was constructed in 1835 including really large amount of monuments, antiques and artifacts with more than 180,000 magical Pieces of different dynasties that have been through over Egypt the most important of belongs to the tombs of the golden king Tut ankh Amun.

The museum is the first of its Kind in Egypt and the Arab world because it focuses on the earliest civilization in the history and that’s why the NMEC the optimal place that offers the visitor a comprehensive overview to all the historical places that encompass Egypt including tangible and intangible Egyptian heritage.

Cairo Citadel was built by Salah Eldin and developed by Egyptian rulers and it was the seat and the residence for the Egyptian rulers for more than 700 years from 13th till the 19th, it is located on the mokattam hills as one of the most luxuries and strongest Castles ever built in the middle ages. After exploring the citadel you will be easily find yourself at

one of the most famous mosques in Cairo which was built in the period between 1830 and 1848 AD on the ottoman style, the mosque also known as the alabaster mosque due to the extreme usage of this kind of alabaster in its style of building.

It’s the oldest strict in Egypt and it has a great touristic attraction from different countries and nationalities over the world, also it has a distinct feature due to massive existence of shops, bazaars, coffees and restaurants. Khan el Khalili was the inspiration to many Egyptian writers such as Naguib Mahfouz who won the Nobel Prize for literature in 1988AD.

Lunch will be served during your tour.

At the end of the Day we will transfer you back to Cairo international airport to fly back your home as an end of the Cairo Short Break 3 Days.

It’s true!! What is wonderful to walk between Khan El Khalili Bazaar shops and his boutiques in this narrow. place that is overlaid with creativity and beauty adorns. the imitations exhibited in these bazaars