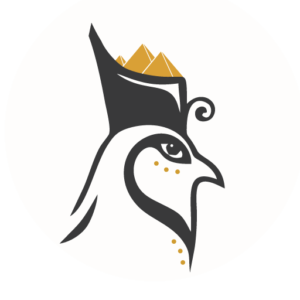 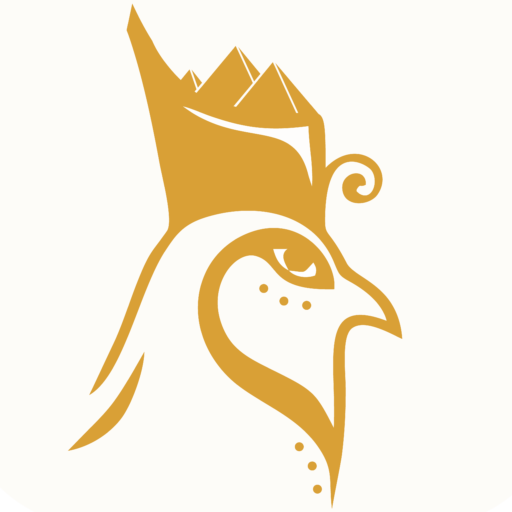 The Ultimate Guide that Unveils The Temple of Edfu’s History

Edfu’s temple (also known as The Temple of Horus) is one of the most stunning destinations to visit in Egypt’s incredible history to experience the audacious ambition of Egypt’s temple architects. The Edfu Temple is recognized as the crown jewel of Aswan’s wonderful city, where the legends of the past are revived in the most astounding way throughout this heavenly, magnificent landmark.

The Edfu Temple depicts a lost art that embodies the true essence of ancient Egyptian civilisation as seen through the eyes of the Ptolemaic dynasty. This temple was built on land thought to have seen the greatest battle in Egyptian mythology between the good and evil forces represented by the ancient Egyptian gods Horus and Set. It is the best preserved temple in Egypt and one of the last temples to be constructed in ancient Egypt’s history, serving as a last symbol of the ancient Egyptian heritage’s magnificence, majesty, and glory.

By the end of this article, you will learn all about Edfu’s temple history and why this temple still dominates the Nile-side town of Edfu city.

What is The Edfu Temple

As the largest temple dedicated to Horus, one of Egypt’s most important historic gods, statues of the falcon-headed god can be found all through the complex, and its extensive wall carvings have provided historians with valuable information about the Hellenistic period of Egyptian history: the magnificent reliefs provide insight into the religion, mythology, and way of life during the era.

The History of Edfu Temple

The Edfu Temple’s history exemplifies the profound admiration and connection between the Ptolemaic and ancient Egyptian cultures. The temple was started by Pharaoh Ptolemy Ill on August 23, 237 BC and was completed during the reign of Pharaoh Ptolemy XII in 57 BC.

Edfu was the ancient Egyptian Tbot, or Atbo in Coptic, from which the modern name derives. When the Greeks arrived in the Ptolemaic era, the ancient god of Horus was united with the Greek god Apollo to form Horus-Apollo. Apollinopolis Magna was given the name of the city as a result, and it became the capital of the second nome (region) of Upper Egypt.

According to Osiris’ legend, the temple was built on the site of a battle for ancient Egypt’s sovereignty between the falcon-headed god of protection and victory, Horus, and the god of the desert, war, and chaos, Seth. This is most likely why Horus was so well respected in this region.

Edfu’s temple was dedicated to Horus, Hathor of Dendera, and their son, the young Harsomtus, “Uniter of the Two Lands,” and was built on the site of an older temple.

Long inscriptions on the exterior of the enclosure wall, notably near the north end of the east and west sides, recount the history of its construction and provide a description of the entire complex.

A Temple Built by Successors of Ptolemaic Pharaohs

The temple proper was built in 237 BC during the reign of Ptolemy II Euergetes I and finished in 212 BC by his successor, Philopator. The decorating of the walls with reliefs and inscriptions, which had been interrupted during Epiphanes’ troubled reign, was resumed in 176 BC by Philometor and completed in 147 BC under the reign of Euergetes II, precisely 90 years after the foundation stone was laid.

Euergetes II additionally constructed and decorated the huge entrance (finished in 122 BC). The courtyard with its colonnades, enclosure walls, and pylon were constructed during the reigns of Ptolemy IX Soter II and Ptolemy X Alexander I, but the pylon was not decorated with reliefs until the reign of Ptolemy XII Neos Dionysos, who finished building works in 57 BC.

The temple was left alone under the sand for hundreds of years after the arrival of Christianity during the closing days of the Roman Kingdom in 391 AD, when paganism was prohibited, until it was discovered again in 1860 AD by a French Egyptologist, Auguste Mariette.

You can check our tour packages to Aswan city to find how the city is so beautiful:

Get ready to get the best 5 days of your life through our 5 days Cairo, Aswan and Abu Simbel Tour Package including airport transfers, Egyptologist tour guide and admission fees to all the amazing historical landmarks...

The Description of Edfu Temple

Edfu Temple contains one of the most spectacular pylons of any Egyptian temple, standing 37 meters tall and carved with battle scenes depicting King Ptolemy VIII punishing his enemies in front of the god Horus. In addition, there is an open courtyard with columns with floral capitals. It is often referred to as the “court of offerings.” There is a hypostyle hall with 12 columns that support the roof. The sanctuary at the end of this spectacular temple features a niche with a statue of the deity. There are 12 rooms around this sanctuary. The sanctuary’s walls are covered in religious scenes. Some rooms were designated for religious use.

The most noteworthy features of the temple are a nilometer, which was used to keep track of the level of the Nile, as well as a chapel devoted to the goddess Nut. The temple’s tourist appeal stems from the various battle scenes depicted on its walls. The wall on the northern side of the court depicts Horus and Hathor’s marriage, which is celebrated twice a year, once in Edfu temple and once in Dendera temple. It has a pylon built by Cleopatra’s father in the first century BC. It leads to a peristyle court and, subsequently, to a hypostyle hall, which precedes the Horus sanctuary.

There are various aspects that distinguish the Edfu temple as an outstanding piece of art that blends the ancient Egyptian and ancient Greek architectural styles to create a magnificent piece of perfection that delivers a great archaeological wonder.

This is the temple’s main entrance, which is constructed of cedarwood.

is made up of two towers, each with several rectangular niches. In front of the two towers, there are two sculptures of the god Horus.

On each side, there are two rows of columns. It is 46 meters long and 42 meters wide.

Its purpose was to deliver offerings to the gods.

was dedicated to deity worship.

The Hall of the Great Columns:

is made up of 18 columns that are organized into rows of three columns each.

The Hall of the Small Columns:

This is a small room with 12 columns that have amazing carvings and ornamentation.

The Holy of Holies:

Only the monarch and the priest were allowed to enter, and it is regarded as the most sacred area in Edfu Temple, which is surrounded by 10 rooms.

The temple hosted the annual coronation festival as well as the divine birth and victory of Horus. The Edfu Temple was built in the New Kingdom architectural style (1570–1050 BC) and had a “Mamisi,” a Greek divine birth chamber at the west entrance that was 36 meters tall and held two granite Horus statues.

The Mammisi, which Ptolemy VIII Euergetes II constructed and Ptolemy IX Soter II decorated with reliefs, is located to the west of the entrance of the Temple of Horus.Various reliefs of Hathor of Dendera may be found in the main chamber on the right-hand wall, including Hathor suckling Horus, Hathor giving birth, and multiple Hathors playing musical instruments.

The Temple of Horus at Edfu is widely regarded as the most spectacular of all the Nile-side temples between Luxor and Aswan. It is an essential stop for all cruise ships that make the trip. So, when in Egypt, take a day tour to discover the amazing mysteries of Edfu’s vast and wonderfully preserved temple.

If You Would Like To Enjoy The Beauty And The Magic Of These Cities In Egypt , You Can Choose One Of Our Egypt Classic Tours Packages, Nile Cruises, Day Tours Or At Least You Can Customize Your Own Tour.